We are often asked why we are not called Kirchenwirt but SIMMERL, although we are right next to the pilgrimage church of St. Leonhard. This is easily explained. The church was builtafter our house and is therefore younger. The historical door frame is marked with the year 1122. However, probably the true age goes back even further. Already Celts inhabited this area and used the salt as well as the fertile soils of this area. In the Roman period, when Salzburg was known as Juvavum, the area around St. Leonhard was already populated a. The parsonage stands next to us on Roman foundation walls. From oral traditions it is known that the house was cultivated as a farm, post coaches, shop and, of course, also as a restaurant.

Unfortunately, there are no exact written records regarding the SIMMERL. 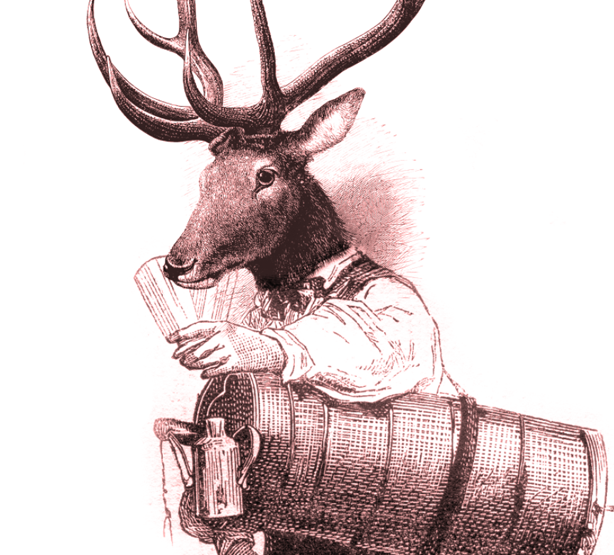 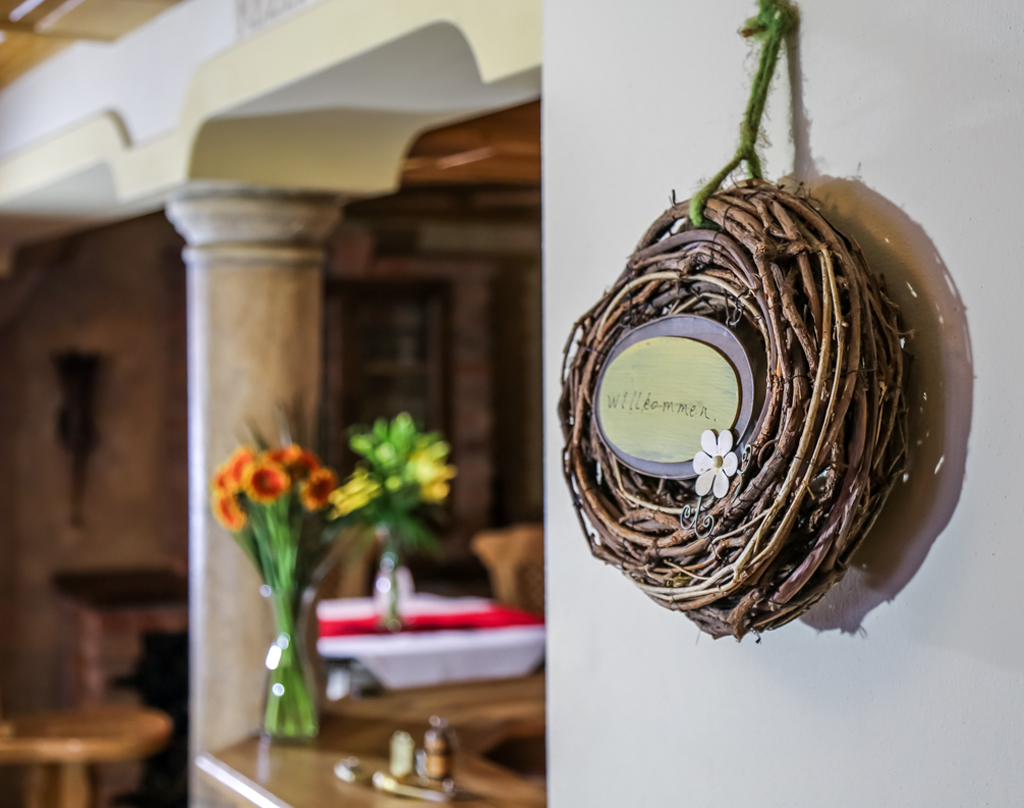 Arriving as a guest, leaving as a friend

The wellbeing of our guests is at the top of our list: preparing a second home; accompanying you; being there; reading every wish from your lips. Out of firm conviction. With a smile in our face. 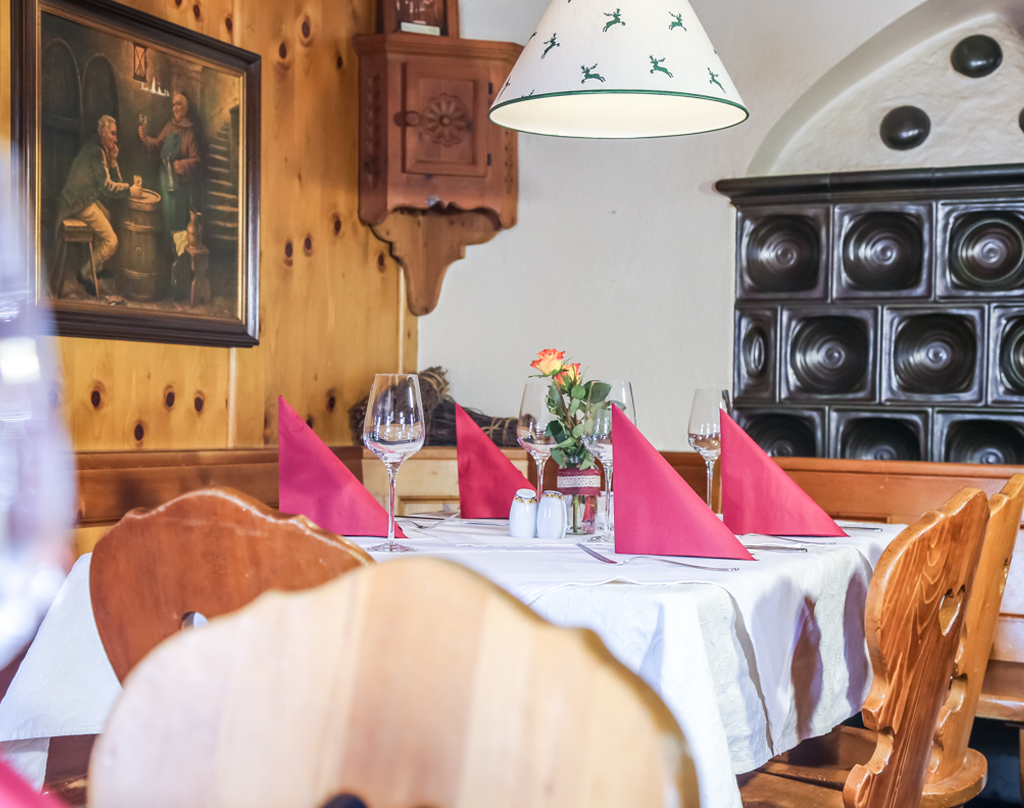 Down to earth – purely authentic

Our kitchen preferably uses local products from the Salzburg region. The culinary variety in our restaurant will always spoil you. 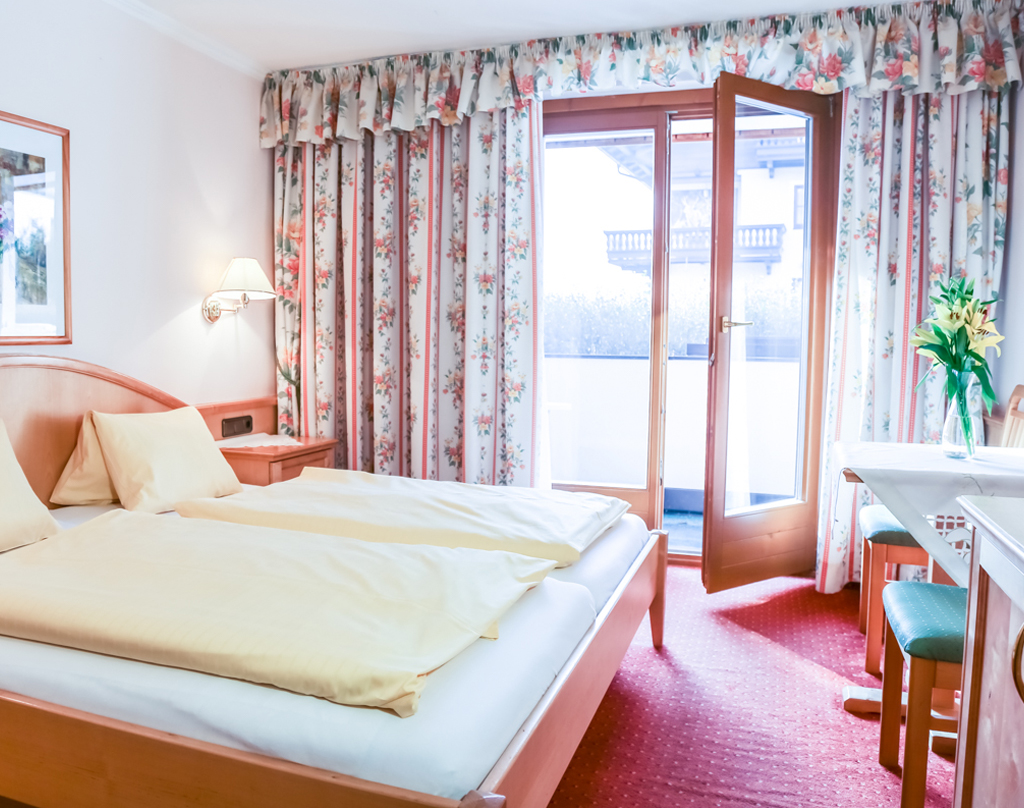 In your private room, designed in a traditional-rustic and modern-lovingly way, you will feel at home. Wake up with the magnificent view of the Untersberg.

HISTORY OF THE CHURCH

In the surroundings of Salzburg the old pilgrimage church of St. Leonhard is surely one of the interesting buildings of art and culture. The age of the church cannot be ascertained with certainty, eventhough it is know that due to the proximity of the salt cave St. Leonhard was already very early settled.

It is possible that the Augustinian chancellors of Berchtesgaden have erected a church here, as some parts of today’s church date back to Roman times. For a long time St. Leonhard was the religious center of the surrounding area until it became a branch church of Schellenberg in 1407. 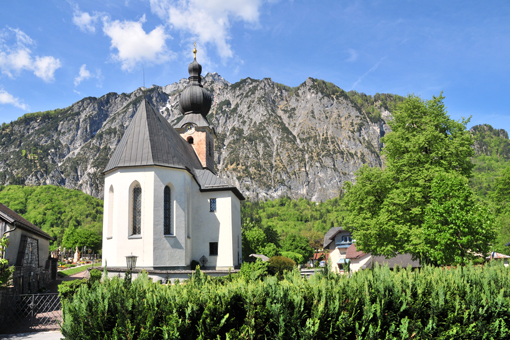 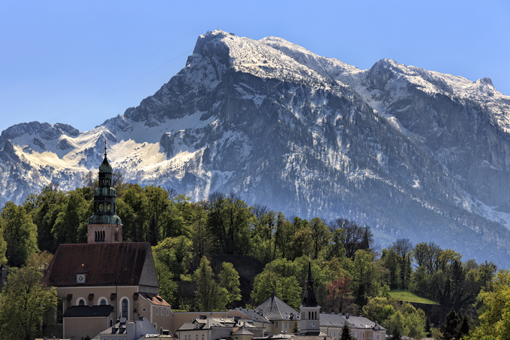 THE MYTH ABOUT THE UNTERSBERG

Hardly a place has a comparable repertoire of stories and myths like the Untersberg. It is often called “Wunderberg”, “magical mountain”, “holy mountain” and many more. Incomparable with other mountains of the alpine region, he has always inspired stories and legends. It is traversed by gigantic cave systems, which are still not fully explored. These countless caves have been created by the leaching in the limestone.

Until 1816, St. Leonhard belonged to the Fürstpropstei Berchtesgaden. When the Berchtesgaden land finally came to Bavaria, St. Leonhard was connected with the parish of Grödig. To this day, St. Leonhard is a popular pilgrimage church in honor of this saint. Aseries of still preserved votive images, which tell of various prayer hearings, testify. Today, every year the Holy Thursday (beginning 6th November) takes place the Leonhardi-Ritt, where numerous rider groups from the closer and wider surroundings participate. 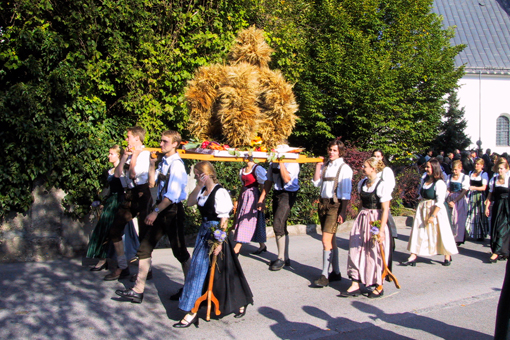 FAMILY FISCHER AND THEIR TEAM

Our SIMMERL, just outside the gates of the Mozartstadt, will spoil you with a harmonious feel-good atmosphere. We believe that true innovation must take everything into account. Nature provides us with resources and beauties that man cannot reproduce. We appreciate the wealth of our region with the majestic mountains and the valleys and accept this gift gratefully. The excellent infrastructure, the panorama and the feeling of life that is conveyedin the SIMMERL can hardly be beat. Immerse yourself in the breathtaking scenery at the foot of the Untersberg and be pampered!

We look forward to welcome you! 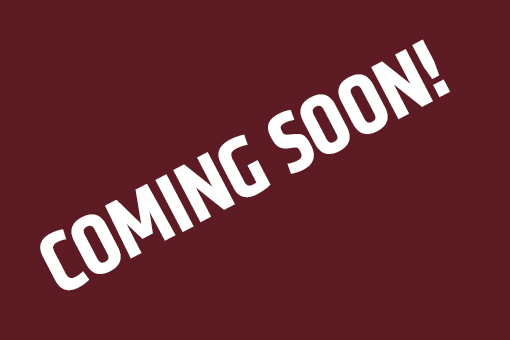 Our newly built Villa Landlust combines the traditional Simmerlwirt with modern architecture and residential comfort. Tradition meets modern spirit. All facilities at the hotel are accessible with a wheelchair.

The rooms in the guesthouse have been renovated a few years ago and some have a balcony towards the mountain “Untersberg”. Shower, bathroom, hairdryer, cable TV and Wifi are available in all rooms.

The pension Bergblick has a partial view of the mystical mountain “Untersberg”. The rooms are furnished rustic with “Voglauer” furniture and nearly all have a balcony.